I have picked out one KPI here to illustrate how you can boost the productivity of developers. If you want to learn more, then download my whitepaper on “Actively managing technical debt”. 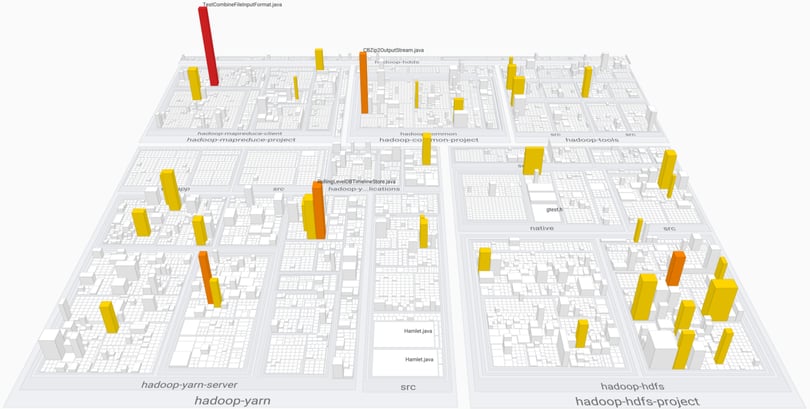 However, this information alone is not actionable, and it’s difficult to know whether you’ll gain a return-on-investment (ROI) if, for example, you clean up the orange CBZip2OutputStream.java file. In addition, you need to look at where the coding efforts flow exactly and then in combination the effort (in person days) that flows into a code unit where complexity exists. Based on the code commits found in the code repositories, the Seerene’s analytics platform analyses activities per developer, distributes each developer’s coding time across their individual actions, and finally distributes the actions times across the modified code units in the architecture. If you know combine the information on effort flow and where it hits complex code, you’ll receive a very actionable map that tells you where developers’ brains needed to cope with technical debt (Image 4). The map shows you exactly the code that makes the developers slow.

Do YOU know Assembly Code?