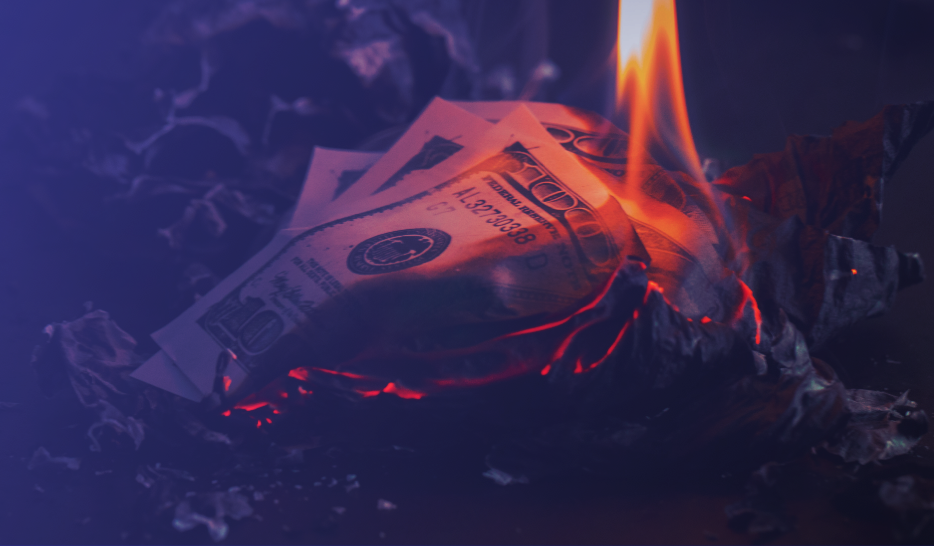 Why Software Is Eating Budgets

Ten years ago, Marc Andreessen's seminal WSJ essay, "Why Software Is Eating the World," marked the start of an era of exponential growth in digitalization efforts. The tech investor's concept that every company needs to become a software company has become something of a truism. The trends he observed have only accelerated at an increasing clip. 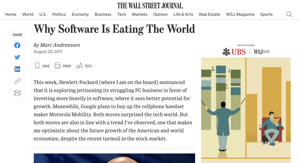 Just take a short account of what's happened in the decade since his article: Uber, at the time only a couple years old, has thoroughly disrupted the taxi industry. Netflix paved the path that now the legacy content producers have all followed. The cloud has become a no-brainer for any enterprise company. Skype has been eclipsed by Slack and Zoom. But these disruptive companies have all gone from startups to establishment. A new wave of technologies now threatens to overthrow the status quo. The Internet of Things (IoT) is exploding. Everything from washing machines to door locks to personal digital assistants to cars is smart now and interconnected. Artificial intelligence increasing rules the web, with consumers expecting a completely personalized eRetail experience. Farming is at the precipice of its fourth industrial revolution as the agricultural applications of IoT and AI grow.

But perhaps nowhere is the validity of Andreessen's thesis more apparent than in the automotive industry. Facing the rising threat of digitally native market entrants, the legacy carmakers are racing to catch up with the startups' advancements in electrical vehicle and autonomous driving technologies. Their greatest challenge? Their deficient knowledge and skill in software development. This is crystal clear in the juxtaposition of Volkswagen's estimate that 90% of innovations will come from software and CEO Herbert Diess' statement that "hardly a line of software code came from us (Volkswagen)."

In an announcement that is emblematic of both the car industry and the economy more generally, Diess' company plans to spend €27 billion in digitalization initiatives. His American competitor Ford plans to invest at least $11 billion. By 2018, it was already estimated that at least $90 billion would be globally invested in the EV market. These are unfathomably large investments that reflect the centrality of software's importance to the survival and success of automobile brands.

Likewise, the financial and insurance industries stand before an abyss of technological disruption. While generally well insulated from market entrants by regulatory schemes, licensure laws, capital requirements, etc., they face a new wave of disruption at the hands of FinTech and insurance startups. The legacy institutions are vulnerable precisely because they waited far too long to invest in their digital transformations. Now Robinhood has democratized investing. Now Esurance and Lemonade are encroaching on the insurance market. Stripe's achieved an evaluation of almost $100 billion in ten years. Klarna is eating PayPal's lunch.

And while it may be easy in hindsight to recognize critical errors, it is important to remember just what stopped most established financial and insurance institutions from completing their digital transformations – namely the complexity and expense of migrating systems and of software development generally.

The German news magazine Wirtschaftswoche eloquently summarized the challenge facing incumbent companies in its title, "It's the Software, Stupid!" But while there is a growing consensus about software's critical role, what ultimately drives the budget-wrecking costs of software development is its inherent complexity. Whereas in the production of tangible goods it is easy enough to identify inefficiencies or the source of defects, software production is purely opaque, with the hundreds of millions of lines of code in most corporations obscuring any meaningful human understanding.

The result: Reputation-ruining defects often are detected too late. Technical debt slows software development to a snail's pace. Software projects are routinely delivered past deadlines, past budget, or fail completely. You do not need to look long to find ample examples of this – Whether it's German grocer LIDL's $500 million ERP failure, London Heathrow's technical disruption, or HSBC's two day outage, the list goes on.

At the level of a developer, Software Process Mining (SPM) is invaluable for boosting efficiency and productivity. A popular adage is that a developer spends 80% of her time familiarizing herself with the code before working in it. SPM simplifies this. Rather than investing inordinate amounts of time looking for bugs, developers leverage software visualizations and actionable insights to quickly identify problems. With the ability to drill-down to the problematic source code, developers can swiftly rectify the situation.

Furthermore, Software Process Mining can quantify the costs of technical debt. Technical debt is overly complex code that is difficult to work in and slows down software production. Like financial debt, technical debt is essentially unavoidable when running a large company. By quantifying and identifying the costs and areas of technical debt, it becomes possible to make a calculated cost-benefit based decision of when to invest in removing technical debt; thereby increasing efficiency and productivity of developers and reducing the necessary budget.

At the level of executives and managers, SPM actively aids in the creation and implementation of digital strategy. Executives use the real-time KPIs as the foundation for creating realistic timelines for digital investments. Company leadership leverages the KPIs to ensure that projects are on track. If it's not, drill-downs and visualizations can help managers intuitively understand and identify the issues before they become critical.

As companies increasingly compete on the basis of software innovations, it has become imperative that their software development organizations deliver at the highest level of operational excellence. Without confronting the overwhelming complexity and intransparency of software development, it won't be possible for companies to rid their development organizations of inefficiencies. While it may be difficult to make concrete predictions about what the world will look like a decade from now, one thing is sure: software will have devoured the world. Companies who adapt, will thrive and survive. Those who don't, will perish into obscurity.

Interested in finding out more about how software process mining can save your IT budget? Leave us a message.