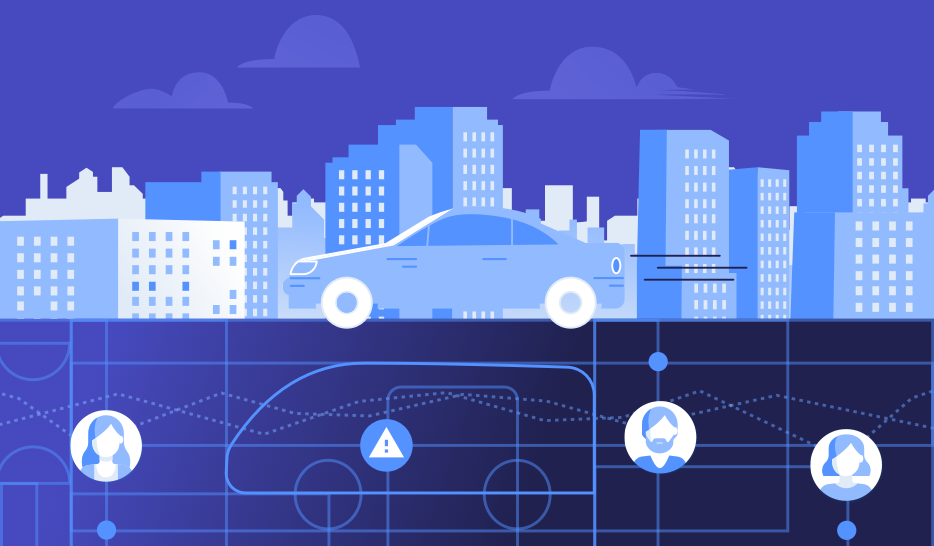 Software has become the backbone of the automotive industry - from production processes to applications in the end product. But although software now plays such a central role, its complexity sometimes still overwhelms many manufacturers. In this article Dr. Johannes Bohnet, Founder & Co-CEO of Seerene, explores the importance of software and how it should be managed to avoid any damages.

After decades of prosperity, hardly any other industry is undergoing such a radical change as the automotive sector. For decades, combustion engines had a firm grip on this segment, which is particularly important in Germany, and meant that mostly only functional innovations and mechanical refinements were produced in an otherwise clearly structured environment. It was a matter of minor innovations to an established piece of technology that became increasingly complex in its design, but not in its fundamental orientation.

But the wind has been blowing for some time now, even in the well-off automotive industry, unleashing a wave of upheavals, some of them with different directions. Under the banner of "mobility," the industry is discussing everything from car-sharing approaches to changes in mass transit, while the electric car is probably the most important innovation driver in the automotive sector these days.

Elon Musk's electric car manufacturer Tesla in particular is enjoying peak attention these days. The electric car from Palo Alto has so far impressively demonstrated that electric vehicles are now suitable for everyday use and has raised the discussion about e-mobility to a new level. A level that Germany has not yet reached in many respects.

It's no coincidence that the high-profile power struggle at VW between company patriarch Ferdinand Piëch and CEO Martin Winterkorn was also about the future viability of the automotive industry. For while Tesla's foray into the field of e-mobility is taking its toll on the car companies from one side, Silicon Valley giants such as Google are building up pressure on the other side of the current innovation spectrum with self-driving "robot cars".

The search engine giant's computer-controlled vehicles offer many advantages, especially on country roads and highways, and the first results of the ambitious project even look relatively promising. The Internet company wants to sell its first self-driving cars as early as 2020 and is thus pursuing a similarly ambitious plan as Daimler, which has been allowed to test autonomously driving trucks in Nevada.

Numerous Recalls Due to Software Problems

All of these new scenarios - from car sharing to electric cars to self-driving robotic cars - have one thing in common: at their core, software is an essential building block. Software has become the backbone of the automotive industry - from manufacturing processes to its application in the final product. But although software now plays such a central role, its complexity still sometimes confounds many manufacturers. This can be seen in particular in the increased number of mass recalls due to software errors that have occurred recently.

For example, a software defect forced Ford to recall around 433,000 vehicles in North America after some models were affected by software problems. A faulty electronic control unit in these vehicles could cause the engine to continue running even though the driver had turned it off. New software was able to fix the loss of control, but required hundreds of thousands of customers to take their vehicles to a repair shop.

Indian-British carmaker Jaguar Land Rover also launched an unscheduled recall for a total of 65,352 vehicles after a software error caused the doors of cars without ignition keys to unlock while driving. If the American media are to be believed, in one case a door was even said to have sprung open while the vehicle was in motion.

And it is not only in the USA that software errors force drastic measures: In the same month as its American competitors, Japanese manufacturer Toyota also recalled a total of around 630,000 hybrid cars in Japan, North America, and Europe due to a software-related hazard: there was a risk that a software error in the vehicles could have led to the system overheating in individual cases, causing the hybrid system to switch off while driving. A defect that also forced the company to order owners of the affected vehicles to undergo a free software update.

Three highly professional car companies, three blatant recalls - and in just one month. The list of car recalls due to software errors is by no means over:

The list could probably go on and on, but it remains to be seen that the number of recalled cars is increasing. With 1.9 million vehicles recalled in Germany, the number of car recalls reached a new high in 2014.

In the U.S. alone, manufacturers had to recall 31 percent more vehicles in 2013 than they delivered in new cars. And these lists do not yet include "silent recalls," repairs in which manufacturers have problems treated without much fanfare during regular workshop visits.

But what are the causes of this susceptibility to errors at the software level when car manufacturers invest budgets in the millions of euros in maintenance and quality assurance? Firstly, there is the fundamental challenge that the software systems used in cars have become highly complex.

To illustrate: The lunar capsule from 1969 reached the moon with only tens of thousands of lines of code. A modern car now has between 20 and 100 million lines of code. This means that there is more software code in an Audi A8 than in Apollo 11, and no expert is able to keep track of this enormous complexity. Added to this is the increasing technical complexity of the vehicles themselves, which may offer better features, but also increases the susceptibility to errors.

On the other hand, manufacturers are now pursuing modular strategies in which different car models are produced with the same components in order to be more flexible, achieve synergy effects, and enable ever new model variants in ever faster succession and at lower cost. Software is also used in this way in different models.

Such a common parts approach is supposed to generate considerable savings and actually make the risk of recalls more manageable because, in theory, the lower number of parts can be better controlled. However, some recent examples show that expensive recalls can quickly erode the savings achieved with modular strategies, even if the number of recalls has not increased but the number of vehicles affected has.

All in all, software for the automotive industry means a complex product that is difficult to keep track of, is being used in more and more places and has to be ready for the market even faster than before. If one takes into account that advantages in global competition are often to be achieved through increasing development speed, the shifting of development processes to suppliers and increased cost pressure, the time pressure on developers consequently also increases the risk of errors and reduces the quality delivered.

The bottom line, then, is that automakers are trying to produce their products even faster, in even greater variety and at even lower cost – development goals that are certainly not always advantageous for the quality of the cars. Mass recalls remain inevitable when something goes wrong. The more often a faulty part is installed or faulty software is installed, the higher the number of recalled cars.

Each million-euro recall thus causes immense damage. For example, automotive analyst Koji Endo calculated that a Toyota recall of almost 6.6 million vehicles would cost the company at least $600 million, plus the damage to its image, which is often difficult to calculate. So if you roughly calculate that each recalled vehicle costs a hundred dollars, it quickly becomes clear why automotive companies are already spending so much money on quality assurance and so that every software problem is solved before it leaves the assembly line.

If the number of software-related recalls is to stop rising, it's vital that carmakers devote even more attention to quality assurance. And on a type of quality assurance that is not merely designed to be reactive, but is integrated much more proactively into the development process in order to identify software risks before they escalate into a software defect. Stefan Bratzel, Director of the Center of Automotive Management in Bergisch Gladbach, also summed up for Der Spiegel that "the momentum of sales success and even higher goals requires strong quality management systems and correspondingly strong personalities who bear responsibility for them.

In other words, software maintenance and quality assurance should become a top-level issue. The decision-making levels of the automotive industry need representatives with a determined understanding of software, and throughout the company, the creation of high-quality software solutions should be incentivized accordingly. In addition, the creation of an early warning system for software risks should be a priority within development.

Such a system makes technical risks visible - for example, by means of automated data-driven software management – and can thus detect and act on software vulnerabilities in a semi-automated manner. In this way, errors and security gaps can be identified and eliminated before they arise, so that expensive and time-consuming recall actions become necessary much less frequently.

Original article in German published in August 2015 in "Manager Magazin".

Previous Story
← When Software Errors Destroy Millions of Dollars Every Second
Next Story
More Power to the Techies! →