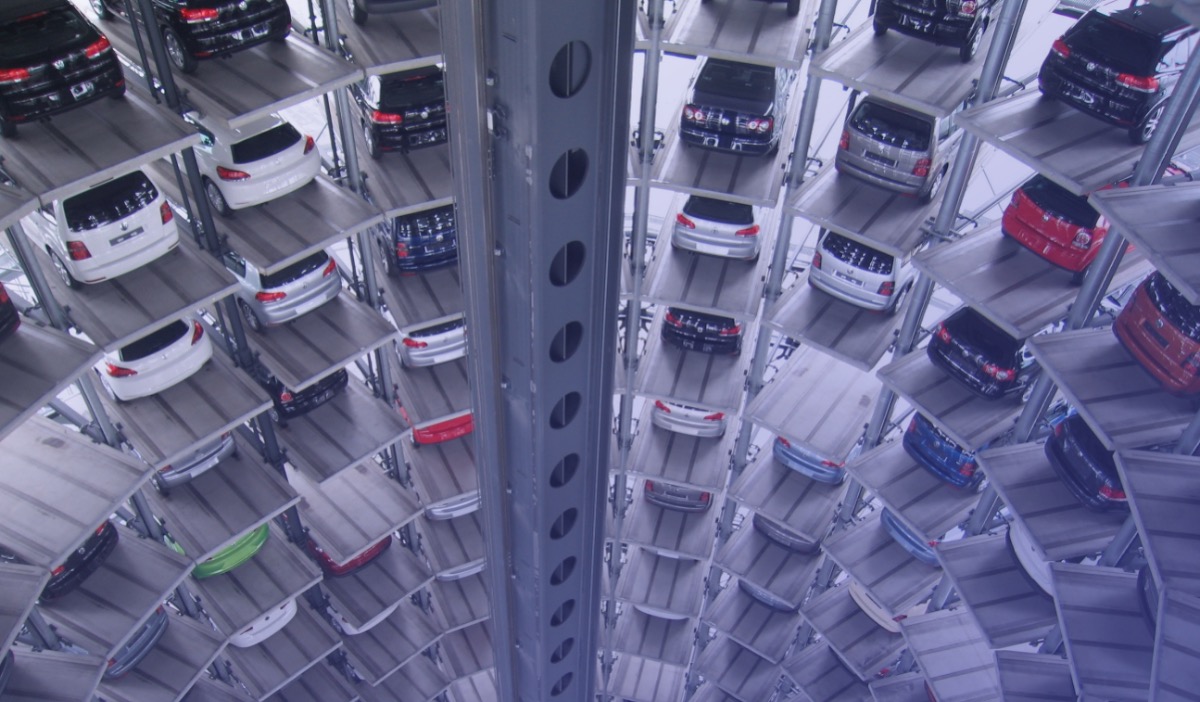 By the time the corona pandemic arrived, a wholesale transformation was already under way in the automotive industry. For the automotive suppliers, this was originally perceived as a dire threat. Automotive has always been a very capital-intensive industry, thanks to the constant pressure invest in research and development to innovate. As demand for new vehicles plummeted, a wave of bankruptcies was predicted – it never materialized, partially thanks to large cash reserves and subsidies by national governments. Despite this, the pandemic represented a major setback for many automotive suppliers, with debt levels rising and EBITDA dropping.

As messieurs Buchenau, Hofer, and Tyborski described in this enlightening Handelsblatt article, the automotive manufacturing industry can be thought of as a pyramid, with the OEMs at the top and suppliers below. And, just as one might intuitively guess, as one goes down the metaphorical pyramid the profit margins decrease. But as the transformation of the automotive industry continues apace, the business models and power dynamics between the OEMs and suppliers are changing as well. Within the automotive industry, there's a heavy competition to develop autonomous driving, electric vehicles (EV), and other innovations. This exerts pressure to standardize the hardware, so that the software innovations can be more generally applicable.

And as software becomes the key differentiator for the industry, it is also likely to have the largest potential for profit and high margins. Yet, many original equipment manufacturers (OEMs) have been caught flat footed. For example, as Volkswagen makes headlines with its struggles to build up a competent software factory with CARIAD, Bosch on the other hand has 30,000 developers in its large, capable software producing army. Many large auto suppliers are well on their way to becoming software companies. Bosch, Continental, and ZF are also developing their own chips. With a large portion of value creation and profits found in chips and software, this is shaking things up. OEMs are forming more meaningful and equal partnerships with their suppliers. At the same time suppliers form partnerships with chip providers.

The transition from a hardware-driven to a software-driven automobile industry presents a great opportunity for auto suppliers to redefine their place in the market and capture a greater share of profits, especially given the lagging software capacities of OEMs. However, time is of the essence. Experts in the industry, such as Roland Berger, predict the OEM transition to an SDV approach (software-driven vehicle) will largely be complete by 2030.

As the car becomes a so-called computer on wheels, new business models will proliferate that offer additional revenue streams for OEMs and potentially auto suppliers. First use cases are already available, such as Tesla offering an FOTA subscription or BMW offering a subscription for its heated seats. While OEMs would likely be hesitant to relinquish this software-based, subscription revenue to suppliers, they may not have a choice but to forge such a partnership with suppliers, especially in countries like Germany where OEMs lag far behind in developing their own operating systems.

But if auto suppliers wish to capture a greater market share and shake up the power dynamics with OEMs, they need to maintain a high level of proficiency in software development. However, auto suppliers will face many of the same challenges inherent to corporate software development that other large companies face; namely, the complexity and the vast scale of it leads not only to gross inefficiencies, but also to insurmountable difficulties in its strategic management.

McKinsey has estimated up to 90% of software development is wasted. We at Seerene estimate at least 80% of developer resources are squandered on things such as bug fixing, technical debt, knowledge monopolies, etc. Many of these only get worse with time. For example, if the technical debt in a code base becomes bad enough, it may make a greenfield approach necessary, i.e. starting from scratch.

Traditionally, companies haven't had much of a recourse. And while an agile approach helped to make software development more efficient, in larger software producing organizations it can also lead to a sort of atomized organization structure that lacks the sort of strategic control and management necessary for large corporations. The rosetta stone of corporate software production is a technology that enables transparency, because without transparency management, strategy, and efficiency become difficult objectives.

Software process mining is this rosetta stone. The Seerene software process mining platform leverages both intuitively understandable KPIs and software visualizations to create true transparency into companies' software factories. Through the digital boardroom suite of KPIs, executives and managers are able to easily track progress in key objectives. Visualizations, in the form of software maps, likewise provide a deeper understanding of the health of one's software factory, allowing managers to intervene when necessary. These software maps and KPIs also allow developers to dig down deeper for actionable insights to improve efficienct. Furthermore, they can serve as the data foundation for larger strategic and managerial decisions.

By ensuring that their metaphorical software factories are operating with maximum efficiency and by maintaining strategic control, suppliers can be well equipped in preparing for the coming challenges in the transformed automotive industry. They can maintain a leg up on newcomers to the industry, whether it be from other areas of the economy or the globe, by creating a competitive advantage in software.

With new software innovations on the horizon, the tectonic plates in the automotive industry are shifting rapidly. This technological transformation of the car has created an opening, not just for new tech-savvy players to enter the market, but for auto suppliers to gain a greater share of the market and of profits. But while there's a great opportunity, there are also countless new competitors from other realms, geographically and economically, attempting to seize it for themselves. As such, it is critical that auto suppliers have strategic control of their software factories and that these large software organizations are producing code at optimal efficiency. For this, software process mining is necessary. If you're interested in finding out more, please send us a message below.

On September 22nd, 2022 top executives from the automotive industry are gathering together with Roland Berger, Seerene, and the Hasso Plattner Institute in Potsdam to discuss the most pressing trends and strategies in automotive software. You can be there virtually by registering here: https://www.seerene.com/2022-auto-live

Previous Story
← How Software Will Transport the Logistics Industry into the Future
Next Story
The Dilemma of Banks: Build or Buy? →