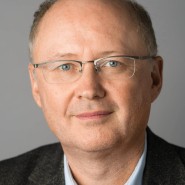 Corporate executives are finding it increasingly difficult to navigate the software structures in their company – the startup Seerene promises to bring some light into the darkness.

Companies and cityscapes determine his life, on the one hand quite real, on the other abstract. One of Marc Hildebrandt's youngest children is called Seerene. When the 35-year-old entrepreneur explains what he does, he throws a graphic up on the wall with his laptop

At first glance it looks like a stylized cityscape–it could be Manhattan at night. But it's something completely different: a visualization of the programs running on a corporation's computers. "You can see where the developers are working and what problems are troubling them," he explains.

Each building accordingly symbolizes a software program. If a program is very complex, this is reflected in the height, for example, if something has to be changed there often, it is colored red.

Over the years and decades, large companies have transferred more and more processes and decisions to computers. "The software is so complicated that no human being can fully understand it anymore," says Hildebrandt.

A Better Foundation for Essential Decisions

If you printed out individual programs and stacked them, you would have gigantic mountains of paper to contend with. As a result, decisions about where to invest in software would ultimately be made on gut instinct. With his Seerene data analytics platform, he wants to empower corporate executives to better understand their own systems.

At a time when the future of entire companies depends on their software working without failure at all times, he says thousands of billions of dollars are invested around the globe each year to develop and maintain systems.

The data is brought together and prepared in such a way that the human mind can process it well, without the key to the company's secrets leaving the company with the source code. All this is done with the help of the cityscape.

The underlying cartographic principles have proven themselves and are universally understandable, Hildebrandt emphasizes. The programs in the companies are sometimes decades old, he says. "Often, no one dares to use them anymore. People know they work, but not why."

True to the rule of never touching a program that works, they would still be used, but they would be encapsulated. Now, he says, you can see how much time it takes each day to get around the shielded area. "You can develop software faster and resolve legacy issues."

The company is located in Potsdam-Babelsberg. The building's entrance hall is dominated by a huge painted landscape with a deer on a rocky hilltop in front of a mighty mountain panorama and other props from the hit movie Grand Budapest Hotel.

From "Software Diagnostics" to "Seerene

Here at Lake Griebnitz, before the gates of Berlin, sits not only the famous film studio, but also the well-known Hasso Plattner Institute (HPI). It is at HPI where students learn how to understand, develop, and master complex software programs.

The proximity is important, because it was at this institute, named after the eponymous SAP-founder, that Dr. Johannes Bohnet did his doctorate in informatics. Together with Bohnet, Hildebrandt founded Seerene five years ago, albeit under the name Software Diagnostics.

Today, the co-founder takes care of the customer-oriented product and service functions. The company now has 64 employees; it could be even more if it would fill all the job openings.

Hildebrandt reports that the company currently has around forty major customers. On their website, they proudly refer to Deutsche Post, Techniker Krankenkasse, Heidelberger Druckmaschinen, the biotechnology group Qiagen and the banking service provider Fiducia&GAD IT.

Hildebrandt himself left the university after just one and a half months. "I'm just an entrepreneur," he says laconically. At the time, he immediately started his first company. It was about the three-dimensional representation of interiors. What is commonplace today was quite a new thing back then. "To do this, we transferred the logic that was already common in the electronic gaming world to the new application."

This also became a program for urban planning called "Landxplorer" in a collaboration with the Hasso Plattner Institute. Among other things, it provided digitized city views, something that Google Earth had announced at the time but did not yet have on the market.

As a result, a large software company from California became aware of the product from Potsdam, as Hildebrandt recounts. For him, it was an opportunity to be seized. He sold Landxplorer and used the proceeds to get into the real estate business and founded German Deep Tech. Under the umbrella of this holding company, he is building up high-tech companies, such as Seerene, and bundling real estate activities.

His current start-up raised $5 million from investors early last year, including Berlin-based Earlybird Venture Capital. Hildebrandt himself says he has put just over one million euros into the company, whose logo shows a stylized skyline. This is how buildings and cityscapes run through a founder's life.